What Shrinks Know (#20): It is Never too Late to Learn More About Yourself 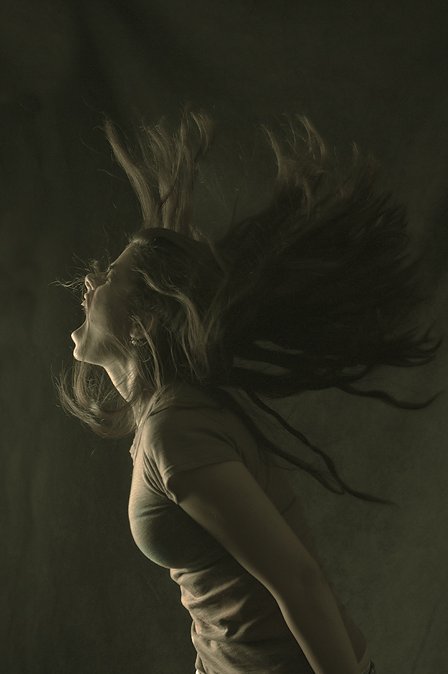 “The problem with introspection is that is has no end.”

It is late August and there is a chill in the air. The temperature is 73 degrees, but the breeze I feel on my porch makes it seem like early fall. Makes me want to pull on soft, worn jeans and a roomy turtleneck sweater.

The chill is coming way too early. Normally this time of summer, I start to weary of the heat. The grass is usually parched and my herbs and impatiens wilted from too much sun. The constant din of cicadas makes me feel like I have tinnitus. This year, June was cold and wet and summer weather didn’t launch until July. And even though July was the hottest on record, our indecisive August makes me feel gypped.

My summer list is only partially checked off. There have been art fairs and festivals. A Tuesday night concert by the lagoon. Time spent watching kids play in the Millennium Park fountains. July 4th parade and fireworks. A wonderful visit with my longest BFF, Tanya. A bike ride to the Botanic Gardens with another friend, Sheila. The Air and Water show enjoyed from my kids’ terrace in the city, accompanied by margaritas and lobster tacos—all in celebration of my August birthday.

There have been long bike rides, but only one walk and no time at all basking in the sun on the beach. I’ve yet to relax in the hammock with a book and a Corona. Ravinia is yet to be, but it is on the calendar—Alan Jackson. Mostly, there has been far too little time chilling with friends.

This summer has also been funky in other ways—leaving me feeling a little unhinged. In late July, I had a “routine” ultrasound, and was immediately propelled into the now familiar follow-up, meet new specialists, have other procedures, and wait routine. My next “procedure” is on September 3 and, while I try to tell myself everything is okay, my “okay” track record is not to be trusted. “We’ll see” is a much better bet. I’m scared.

And, I’ve had two big disappointments. The first was the Writer’s Lab screenwriting competition sponsored by New York Women in Film and Television and funded by Meryl Streep. I worked my butt off to get my script adaptation of East of Mecca in perfect shape and even submitted it a day early. I worked and reworked my bio and synopsis until they were perfect. Then I indulged in what turned out to be totally magical thinking. I was so sure I would be chosen that I was watching flights on Yapta. I felt the excitement of winning. When I got the “Dear Applicant” letter on August 1st, I was sure I’d receive an “Oops!” letter soon after. No such luck. That night I went out for comfort food—Chicago style deep-dish pizza and red wine.

I wrote my mentor Meg who gave me wise advice—put it behind me and “write something else…if the goal is writing then write.”Meg’s right, I know. I’ve tried to do just that, and consoled myself with the fact that there were 3800 entrants for twelve spots. But, still.

Two weeks ago I had the second disappointment. My photographer friend was doing a shoot for the American Cancer Society he thought I’d be perfect for. At the casting call there was a line of almost a hundred people of all ages, shapes, and sizes. I was happy and grateful to be there—mostly to see my friend, but also to enjoy the unique experience.

Waiting in line gave me a great opportunity to people-watch. I chatted with others as we slowly moved forward. At the end of the line there was a white background screen, lights, and photographers. Women were having three angles shot. Men were also required to scream. When it was my turn they took three smiling shots. But then they also asked me to look angry. I tried to frown. Covered my face with my hands. Tried to think of something maddening, but came up with nothing. I failed miserably.

The next week, when I was told the client didn’t choose me, I wasn’t surprised. But, I was disappointed. After I got the news I went for a long bike ride by the lake. It was a beautiful summer afternoon, and it helped.

Since then, I’ve been very introspective—thinking about disappointment, ego, and anger. In the first wake of disappointment, I always feel sad. I cry. Then I reach for something comforting. Deep-dish pizza and wine isn’t always the best choice, but it worked. The bike ride was a healthier choice and worked better.

As for the why of these disappointments, ego plays a huge part. In terms of the Writers Lab, in addition to the opportunity to get my story to the masses, I wanted to be chosen for the experience of working with women in the film industry. I wanted to be chosen for recognition of what I’d written in the screenplay competition—my talent and skill. Not being chosen meant that I didn’t measure up. That hurt my ego.

In addition to the importance of giving something back to the American Cancer Society for all the work it has done for me, I wanted the experience of the shoot with my lovely photographer friend and his amazing crew. The fact that I wasn’t chosen because of how I look, or how I could not look (angry), also hurt my ego.

Looking at all three events—the health issue and two lost opportunities—I realized I usually react with sadness, disappointment, feeling bad about myself, and even fear. Rarely do I experience anger—even when I should.

Anger wasn’t allowed in my home when I was growing up. Both my parents had experienced too much rage in their childhoods. I think Daddy would have been fine with it, but Mama would have none of it. It was more than okay to be wounded and hurt in our family, but never to be angry.

When I was about five I remember being angry about something. I tried to express it verbally, but was shut down. Then I scowled and was told to “wipe that expression off” my face. I remember tensing my legs, standing for a moment on rigid sticks of rage. Mama saw that, too, and made me stop it. I did. I don’t know where it went, but from that moment on my anger was suppressed.

My defense mechanism of choice has always been dissociation. I bring down a wall separating me from my negative emotions. Problem is, dissociation isn’t terribly specific—it also prevents one from truly feeling all other emotions. When I do feel anger, it is always hard to express. I can be the tiniest bit passive aggressive. And I’m a master at being passive!

When I do feel anger, I know it doesn’t always serve me well. I am quick to let go and forgive, even when I’m the only one aware that I’ve forgiven. In any case, I don’t carry anger around with me and certainly cannot access it on demand!

The lesson is that we all need to learn healthy ways of expressing anger and other negative emotions—and to allow our children and loved ones to do the same. The power of introspection is that it can turn bad experiences into valuable gifts. I’ve learned much about myself from exploring my own reactions to these recent painful experiences.

Moving forward, I’ve taken my mentor Meg’s advice and I’m working on my next book, Orchard Road. I will continue to embrace all wonderful opportunities sent my way, trying not to let ego steal my joy in the face of disappointment. And, I’m also trying to  access and express my anger in healthy ways, knowing it will probably take a lifetime to change a lifetime of habits. In the meantime, I’m also okay embracing my serene, happy self—because I’m exquisitely aware of all for which I’m grateful.

« Repost: What Shrinks Know (#16): The Complexity of Suicide» Repost: Hope and Action