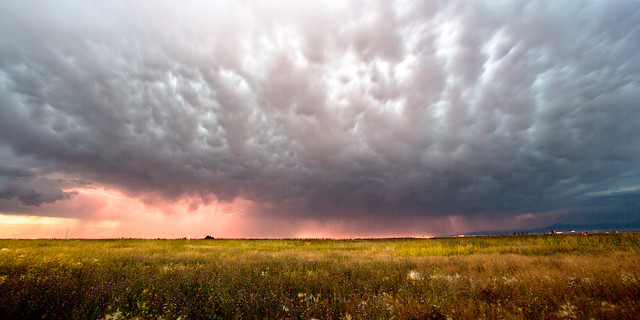 “I’m a survivor. And like the moon…it would take a truly spectacular event to keep me from taking my place in the scheme of things, waxing, waning, and eclipsing notwithstanding.”

I’ve been asked to share how I made it through those dark times as an adolescent. Just as I had to go back and piece together the complex circumstances surrounding my suicide attempt, I had to do the same thing to look at what helped me get through it—to the other side. My memory isn’t crystal clear, but here’s what I remember of the rest of high school.

Being the devoutly religious girl I was, I wish I could say surviving my suicide attempt was a “come to Jesus” moment, but it wasn’t. Prior to that night I had engaged in reckless behavior, which continued and probably escalated. In other words, I acted out.

Patty and I shoplifted on a regular basis and played hooky on occasion. I drag-raced and thrilled at speed—cruising the highways around Mesquite as fast as my car could go. Fortunately for me, alcohol and drugs were not part of my school scene. Had they been, I would have been at high risk for using. But I did smoke cigarettes when out with my friends.

Tired of being alone on Friday and Saturday nights, I started dating other boys. I’d like to say I did the honorable and mature thing—breaking up with my long-distance boyfriend before starting to date, but I don’t think that’s true. I think I just went out with whomever asked me. I went on many first and only dates, because I was so shy and awkward I had nothing interesting to say. Or the boys were such creeps I never accepted another date.

I was not “cute” in the way girls were supposed to be cute. I was too tall and too skinny. My fine hair would not hold the requisite flip—the hairdo of the day. And I wasn’t bubbly. I was a silly goofball with those I knew well, but fell mute when uncomfortable (still do!). Eventually I dated within a circle of friends who hung out and passed each other around like musical chairs.

I bleached my hair. I was born blonde, but it had gone dishwater over the years. With the help of Lady Clairol, I went blonde all the way.

I continued to write, both in a journal and angry, anguished poetry.

There were no official organized sports for girls back then, but I’d played on the girl’s basketball team my sophomore year and enjoyed it, so in the spring I decided to try out for our high school drill-team. The Mesquite All Stars was comprised of fifty-three girls who wore cute little cowgirl outfits and performed Rockettes’s-style high-kick routines during halftime at Friday night football games. It was a way to do something “popular” without being a cheerleader. Patty and I tried out together. I made the team, but Patty didn’t, and soon after she stopped being friends with me. My other friend Carolyn chose Patty, leaving me totally friendless.

But, looking back, I see making the drill-team as a major part of what began turning my life around. I instantly became part of a community. I made a new best friend, Kay. We went to drill-team camp at Kilgore College together the summer before senior year and went to training every day for a month before school started.

During the grueling month of training, I became aware of how physically strong and disciplined I could be. Training was like boot camp—we were pushed beyond the limits of endurance and pain every day. We learned to do the splits and practiced routines until they were perfect. Since we were arranged by height, with the tallest in the middle, tapering down to the shortest girls on either end, I was proud to be the tallest on the team. This put me smack on the fifty-yard line on the football field come halftime at our Friday night games. Marching on and off the field, I set the pace. Looking straight ahead, I lead the other drill-team members whose heads were turned to watch me. Being on the fifty-yard line, I was also the focal point for those in the bleachers. All eyes were on me and I felt like a star!

Although I still only hung out with one friend, Kay, I had a whole team of girls I was part of. Looking back at my high school yearbook now, I see how many girls really liked me and wanted to be better friends. I was just too shy to realize it at the time.

To stay on the drill-team we had to keep our grades up, so I worked even harder academically than before, and there were three teachers I credit with helping me get through. My home-economics teacher, Miss Ruth Elizabeth Thompson, made a visit to my home and talked to my parents—about what, I never knew. I do remember there was a “mother-daughter” luncheon at some point in the school year, and since my mother worked, my father showed up for it. (He was a huge hit with all the girls and their moms!)

My chemistry teacher, Mrs. Janie Crocker, had an open door policy for gathering in her lab, going over assignments, and just talking. She gave everyone hall passes, and her lab became one of my safe places. I remember many hours spent with Mrs. Crocker, Kay, and my good buddy Earnest. Mrs. Crocker passed me without my knowing a single chemistry formula.

Coach Harold Thompson taught Algebra II and offered tutorials to anyone who was in study hall before school on Friday mornings. He also answered questions during his exams. I took advantage of both to pass Algebra.

All three were older and more educated than many teachers at Mesquite. These factors may have played a part in them recognizing that I was in trouble, and they were all willing to intercede and take action on my behalf.

In addition to my teachers, I did have my preacher, Rev. John Rasmussen. I was active in church and babysat for John and his wife on a regular basis. Once when I was traumatized from having attended an over-the-top fundamentalist church, he counseled me through it. I never talked to John about feeling depressed, but I always knew he would be there for me, whenever I needed him—if I had only asked.

Reflecting on the time after my suicide attempt, I realize that I found and trusted my survival instincts. My acting out was a way to feel powerful. I took control of my body and my appearance by bleaching my hair and taking pride in the physical strength I gained through drill-team practice. Through writing and academics, I had a sense of productivity. Most important, I got more involved with life and with others interpersonally through joining the drill-team, dating, and making new friends.

The following list is the result of the answers I discovered as to how I made it to the other side. I hope you, as a reader, can find it helpful in your life, and when helping others (children or adults) who are struggling with depression and the meaning of life.