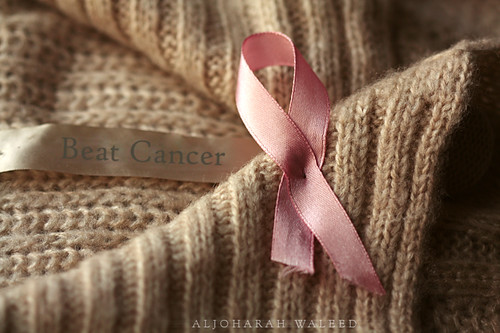 “If you want to make god laugh, tell her your plans.”

This was supposed to be a good year. I planned to make it so. I intended to spend more time with people who make me laugh, and engage in activities that feed my soul and bring me joy. I wanted to write more and seriously work on my next novel. The whole of 2017 had been full of sorrow, heartbreak, and extreme stress, so I began 2018 with positive energy. On January 13th, I started Flamenco dance lessons…a life-long dream. On January 16th, I wrote a blog about my granddaughter, Ada. And then, on January 29th, I had my regularly scheduled, annual, diagnostic mammogram.

That Monday, the tech kept coming back into the room, taking more films of my left breast to show the radiologist. Finally, I was taken to the radiologist to have an ultrasound. Those of us who’ve had cancer, especially more than once, know the lingo.

Words like irregular, ill-defined, suspicious. Once you hear these words, “maybe” hangs over you like a noose.

A needle biopsy was scheduled for Wednesday, February 7th. I wasn’t calm that day…I had a panic attack as they prepared me for the procedure. I would have called it off, but I knew I’d have to come back. Somehow, breathing and praying, I made it through.

I was supposed to have results by Friday, but there was a major snowstorm that week and they never came. My internist, Dr. N, finally called late Monday afternoon, February 12th, with the news. My intuition was right, I had breast cancer.

That Thursday, February 15th, my oncological surgeon explained how this cancer was different from the last two. The others were called ductal carcinoma in situ (DCIS)…which meant they were neatly confined within ducts. They still had to come out, but were contained. This time the cancer was not contained and it was invasive.

“The good news is that we caught it early and it’s very small. But you have to have a mastectomy,” said Dr. Y. “And we also have to take a lymph node to make sure it hasn’t spread to other parts of your body.”

That was the moment it really hit me. The moment every woman fears. I started to cry.

The next week, I met with a genetics counselor to see if I carry the BRACCA gene. Thankfully, I don’t. If I did, the recommendation would have been a bilateral mastectomy as a preventative measure.

The following week, I consulted with Dr. S, a plastic surgeon, to explore the possibility of reconstruction. Although given the option, I chose not to go larger. I’m happy with my body, and going larger would have involved a second surgery on the other side. I also insisted on a saline implant, instead of silicone. If anything ever leaks into my body, I want it to be something natural.

Because I’d had radiation therapy on my left side 16 years ago, there were questions about possible scarring that would rule out an implant. There were also concerns about the thickness and plasticity of my skin…also sometimes compromised by radiation. Neither of these concerns could be reconciled until the actual surgery. I wouldn’t know if reconstruction had been possible until I woke up from surgery.

Scheduling both doctors for the same day and same time was a little tricky. And I also had to work around a speaking engagement at the international women’s conference We Move Forward in Isla Mujeres, Mexico. My trip was booked for March 7th through March 13th. The date of my surgery was finally decided, Friday, April 6th.

As soon as I knew the surgery date, I called Tanya, my longest-time best friend, and asked, “What are you doing the first week in April?” I will forever remember her reply, “Just tell me when you need me and I’ll be there.”

Having to wait so long was both a blessing and a curse. There was so much time to have it weighing on me. And there was so much time to prepare. I started eating even better than I usually do. Exercising more, because I knew I wouldn’t be able to work out until at least a month after surgery. I had my will and trust revised, got my financial papers in order, and my billing caught up through March. I filed an extension for my taxes.

This, being the third time I’ve had breast cancer, might make one might think it gets easier. It doesn’t. In so many ways, this was harder. This cancer was much more serious. Life threatening. Especially if it had spread to my lymph nodes. I was terrified. My sleep was disrupted. I haunted my house in the night, while showing up for my patients during the day. The only time I felt normal was when I was working or with Ada.

I told far fewer people than I have in the past. The hardest thing about letting people know I had cancer was watching their faces crumble, their eyes fill with tears, witnessing their pain and fear and feelings of helplessness. Feelings that mirrored my own. I couldn’t get past my own grief. Whenever I tried to talk about it, I cried. When people were sweet to me or hugged me, I cried. Alone or with others, I cried. Other than family, friends, and patients I knew I had to tell, I told no one.

At We Move Forward, I tried going undercover. But I’d let Janeen, the founder, know, in case I wasn’t able to present. Therefore, her team all knew. I took much comfort in their sweet smiles, kind words, and hard hugs…but they made me cry. By the end of the conference a small number of other women knew, as well. My hope was WMF would give me some peace and some rest and help bolster my reserves going into the surgery. In many ways, it did. I felt fortified by all the positive female energy and all the love. But I also got sick with a respiratory infection and had to see my doctor as soon as I got home. My surgery date was closing in and I didn’t have the physical or emotional reserves I knew I needed. Dr. N agreed and prescribed aggressive treatment.

The infection, heavy duty antibiotics, fatigue from travel and sleepless nights, ongoing anxiety, and depression nearly took me out. I lost my appetite. My weight, already low, dropped by eight pounds. The two weeks before surgery I consumed as many calories as possible, and regained two pounds. Enough to pass my pre-surgery physical.

I picked Tanya up from the airport on Wednesday, April 4th. We spent time with Ada that afternoon and that night we went out for nachos and margaritas. The next morning, I had two sessions, then Tanya and I had manicures and pedicures.

Late that afternoon the hospital called with my surgery time. I was to report to nuclear medicine at 8:30 am for a procedure where they injected dye into my breast so, later, when the lymph node was biopsied, they would be able to tell if the cancer had spread. (It was, in the words of the late journalist Molly Ivins, “massive amounts of no fun.”)

My surgery was scheduled for 11:11 am on Friday, April 6th. I’d recently learned the custom of making a wish upon seeing it is 11:11. Some numerologists believe it’s an auspicious number, or signals a spirit presence. It was comforting, none the less.

Tanya and my son Jeff were with me before surgery, but I remember very little. Being hooked to an IV. The parade of doctors checking in. Dr. Y, Dr. S, the anesthesiologist. At times, the room felt crowded. Maybe we laughed, but I don’t remember laughter. Right before being wheeled off, I was given something in my IV to relax me and Jeff and Tanya were told to hug me quickly, because soon I wouldn’t remember.

I remember the hugs and them following as I was rolled down the hallway to the operating room. I remember huge round lights and a noisy crowd of blue-gowned people. I saw a clock and it was 10:56. I started feeling anxious and reminded myself that I’d already been given something for anxiety. That was my last memory until I woke up in recovery where I vaguely remember chatting with a nurse. Then, I was back in my room. My surgery had lasted 3 1/2 to 4 hours. Jeff and Tanya were happy to see me and told me the reconstruction was successful. The best news of all was that my lymph node was cancer free and Dr. Y was thrilled with the results.

I’m now seven weeks post-surgery and four months since my mammogram. It’s taken this long to be able to write about it. Recovery has also been “massive amounts of no fun.” (I’ll spare you the details.) Yes, I’m extremely grateful. Thank God for early detection! My annual mammogram probably saved my life. And I still struggle in the aftermath. I’m learning a lot. In my next post, I’ll share some of the lessons I’ve taken away from my experiences. For now, I’ll close with another quote from Molly Ivins:

“I have contracted an outstanding case of breast cancer, from which I intend to recover. I don’t need get-well cards, but I would like the beloved women readers to do something for me: Go. Get. The. Damn. Mammogram. Done.”