March 31, 2020 By Sheila Flaherty in Blog Posts, Life as a Shrink, Revelations as a Writer, What this Shrink is Learning 4 Comments 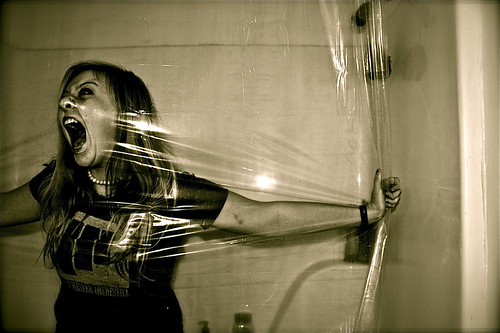 “In the silence you don’t know, you must go on,

Anyone who’s not scared right now is either an innocent child, an adult in denial, or someone unclear on the concept of a pandemic. As shrinks say, “Fear is appropriate affect for what we’re going through.” Among so many other things, we’re afraid of the real and present danger of being infected with the virus. We’re afraid for ourselves, our families, our friends. We’re afraid of the unknown. And much is unknown.

Most of us have become hyper-vigilant. To a cough. To fatigue. To breathlessness on the stairs. To a hot flash in the night. Many people I know were sick in January or February with terrible, lingering, flu symptoms, even though they’d had their flu shots. Now they’re wondering if they had COVID-19. If so, are they immune? If so, did they infect another? If so, are their lungs now compromised? Too many questions and too few answers put us all on edge. The problem is, there are no clear, concrete answers. We’re in uncharted territory and uncertainty brings more fear.

END_OF_DOCUMENT_TOKEN_TO_BE_REPLACED

March 27, 2020 By Sheila Flaherty in Blog Posts, What this Shrink is Learning 2 Comments 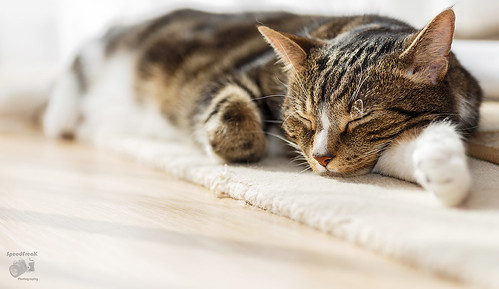 “Dreaming permits each and every one of us

to be quietly and safely insane every night of our lives.”

If you ask people how they’re doing these days, the most common answer is, “I’m tired.” Reality has set in—this quarantine isn’t temporary. We’re realizing it will likely be months before we’re in the clear. Anxiety levels are up and lack of sleep is becoming a major issue for most of us. Depression is setting in for many. Both anxiety and depression can cause major interruptions in sleep—trouble going to sleep, staying asleep, or both. A common problem is our minds racing and preventing us from going to sleep in the first place, or racing when we wake in the night so we can’t go back to sleep. Also, in times of major stress, there’s an increase in anxiety dreams.

END_OF_DOCUMENT_TOKEN_TO_BE_REPLACED

March 24, 2020 By Sheila Flaherty in Blog Posts, What this Shrink is Learning 6 Comments

“Be aware of wonder. Live a balanced life – learn some and think some and draw and paint and sing and dance and play and work every day some.”

Unlike yesterday, when I had to jump out of bed to make the healthy choice of joining an online Zumba class, today, I chose to linger. I don’t have Zumba until 1:00 pm today, and my workday starts at 2:00 pm (after a quick change). Thank goodness for Skype!

I had a better night’s sleep, last night, and woke up before my alarm. Sun streamed through the opening in my drapes and, even though it’s still cold, the brightness felt hopeful. I had the luxury of lying still for awhile and just listening, and I noticed the quiet. Then I heard a flock of geese honking as they flew overhead. Early birds enthusiastically chirping right outside my window. An occasional dog barking. There were no car sounds, slamming of doors, people voices. My home faces the el and Metra embankment, and the only sounds of business as usual were the trains periodically passing. It was lovely.

END_OF_DOCUMENT_TOKEN_TO_BE_REPLACED

March 23, 2020 By Sheila Flaherty in Blog Posts, What this Shrink is Learning 4 Comments 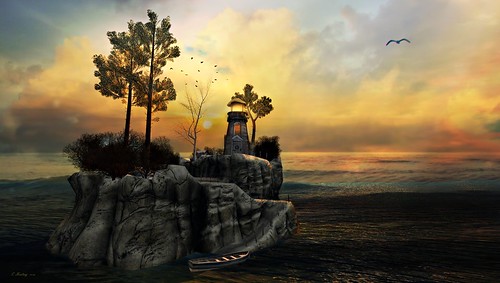 “Fear is a natural reaction to moving closer to the truth.”

Today’s post will be short. I’m grateful to have seven sessions scheduled back to back today from noon to seven. Thanks to all who’ve commented and sent suggestions. I hope to make personal replies to each tonight after work.

Today, I want to talk about the importance of practicing extreme self-compassion. I’ve been giving suggestions of how to stay (relatively) sane during our time of isolation. I hope you find them helpful. What I don’t want is for you to feel like I’m some kind of a drill sergeant, or feel like a failure if you can’t do everything you set out to do. More than ever, we need kindness—to others and to ourselves. Take it all one day at a time. If something helps, add it to your list. If it doesn’t, scratch it off.

END_OF_DOCUMENT_TOKEN_TO_BE_REPLACED

March 22, 2020 By Sheila Flaherty in Blog Posts, What this Shrink is Learning 10 Comments 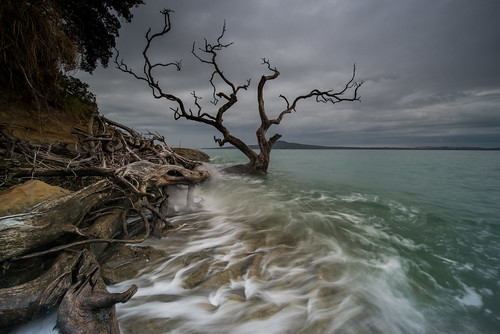 “Resilience is accepting your new reality, even if it’s less good than the one you had before. You can fight it, you can do nothing but scream about what you’ve lost, or you can accept that and try to put together something that’s good.”

Thanks to all of you who read yesterday’s post and have shared, commented, and/or reached out to me. I’m honored that you’re following me, and grateful my words are helping. I’m going to try to write something every day. I’m keeping a running list of what I hope will help all of us stay sane and relatively happy during these crazy times.

I would also like to offer free mini-consultations. If you are in immediate danger of self-harm, feel in danger from someone in your household, of feel in danger of harming someone else, please call 911. But if you just want a quick question answered or feel you need guidance in a particular situation, or want to share what is or is not working for you, please feel free to email me at SheilaFlaherty2012@gmail.com. I will respond as quickly as possible. If it’s urgent, please put URGENT in the subject line. END_OF_DOCUMENT_TOKEN_TO_BE_REPLACED

March 21, 2020 By Sheila Flaherty in Blog Posts, What this Shrink is Learning 18 Comments 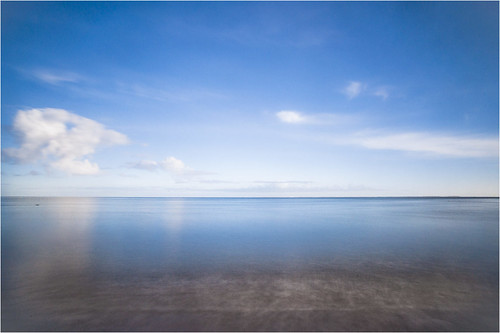 “Times are difficult globally; awakening is no longer a luxury or an ideal…It’s becoming essential that we learn how to relate sanely with difficult times. The earth seems to be beseeching us to connect with joy and discover our innermost essence. This is the best way we can benefit others.”

Like everyone I know, or know of, my reality is suddenly surreal. Quarantines and restrictions are getting stricter every day. As this week has evolved, the reality is sinking in—we are in for the long haul, and that is indefinite. Isolation is our new normal. So, how can we be resilient? How can we survive with grace?

END_OF_DOCUMENT_TOKEN_TO_BE_REPLACED

A Story About a Coat

I bought “Big Guy” the day my hair froze the first winter I lived in Chicago. Big Guy is a calf-length, black, down, Eddie Bauer coat. It zips up the front, has a hood that draws tightly around my face, and is good for weather down to -40°. Big Guy is thirty-seven years old this winter. END_OF_DOCUMENT_TOKEN_TO_BE_REPLACED

As another October comes to an end, I invite you to read a repost of “Hope and Action.” Originally published on October 22, 2012, it was my very first blog post and details my first experience with breast cancer. At that time, I was a ten-year survivor. Since then, I’ve have written nine more posts (listed below) describing my two recurrences and what life is like as a breast cancer fighter/survivor.

Even during the pink-ribbon-festooned month of October, the fear of breast cancer is so great most women cannot bring themselves to conduct self-examinations or schedule mammograms. My mission, in sharing my personal experiences, is to enlighten readers as to all I’ve learned so far, inspire those women whose fear has kept them from scheduling screenings to be brave and do so (Mammograms have saved my life three times in the past seventeen years.), and empower those walking a journey similar to mine to take my hand and keep going…we can walk together.

Most everyone knows someone whose life has been touched by breast cancer. I hope my stories can help you or someone you love.

If you wish to read more about my personal experiences, here are the links to nine more posts in the order in which they were written:

A Tribute to My Best Forever Friend

Telling it How it IS

I didn’t realize what a daunting task it would be when I decided to write my very first blog in October on the topic of breast cancer.  The original idea came from a celebratory place—on Friday, September 28, I had my yearly diagnostic mammogram and was declared cancer free.  I am now a 10 year survivor—which puts me in the 82nd percentile of women who make it this long.

END_OF_DOCUMENT_TOKEN_TO_BE_REPLACED

Telling It How It IS

Cancer is with you forever.

This Saturday, April 6, marked the anniversary of my mastectomy. The test results are in and, once again, I’m a one-year survivor. It’s a funny place to be. You might think it would be all champagne and roses. Or a fist pumping, “Whoo hoo! I kicked cancer’s ass!” But it’s not either of those. END_OF_DOCUMENT_TOKEN_TO_BE_REPLACED

The present moment is filled with joy and happiness.

If you are attentive, you will see it.

I’ll admit, my last few posts have been on the “downer” side. Some people find it hard to read about the impact of cancer. It’s hard to write about it, too, even though I’m also sharing the positive life lessons I’m learning in the process of recovery. While I have two more posts planned for Breast Cancer Awareness Month, right now I’d love to share an unexpected joyful benefit I’ve gained from the tough stuff.

It was a cold and windy day last Saturday, October 20, when the Ragdale Foundation in Lake Forest had its third annual Halloween extravaganza called “Rags to Witches.” After months of preparation, the entire Ragdale house and grounds were turned into a magical spooky kingdom. Even the outside of the house was decorated as an enormous Cheshire cat called “Fang.” Inside were ghoulish portraits, animal skeletons dining at a lavishly decorated table laden with creepy treats. There were flickering lights, cobwebs, spiders, a lone, ghostly bride—and too many more exquisitely spooky details to list.

Activities over the day included Tarot and palm readings, creepy portraits, a pet cemetery, a very curious scavenger hunt, an original play, the witches’ kitchen, Michael Jackson’s Thriller dance lessons, a makeup madness station, ghostly storytelling, a parade to the witches ring, and a costume contest. There were food stations scattered about including The Sweet Shoppe and Grub Station, and a cauldron of hot cider served by a cackling witch.