Inside, I am Screaming — ‘‘Vote for Hillary!” 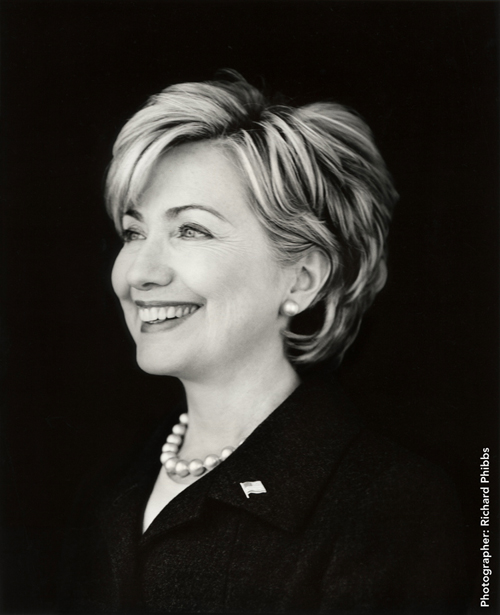 Everyone who knows me well, knows I am passionate about being a shrink. From the moment I embraced this career, I’ve never looked back. I can no longer distinguish what I do from who I am. And this is a good thing.

And, sometimes, it’s hard to be a shrink. Like when I hear someone’s story and it’s so tragic and horrifying that it haunts my dreams forever. Or, when someone’s heart is shattered and all I can truly promise is that time will help heal it—somewhat. Or when I have to stay neutral in matters of religion and politics and, inside, I am screaming!

Fortunately, I’m also passionate about writing, where I can safely speak my personal truths. I know most of you reading this already know where I stand on political issues. Those who don’t agree have “unsubscribed” to my blog. During this election season I suspect I’ve been unfriended on Facebook, and I know I’ve done my own unfriending when reasonable discussion proved futile.

As my grandma used to say, “There’s no percentage in arguing with a fool.”

Everyone who has read my blog posts and personal essays, also knows I’m an advocate for civil rights, women’s rights, and human rights. I grew up in the deep South and Texas during the 50’s and 60’s where I witnessed hard-core racism, hatred, bigotry, and sexism. Other than three years in Singapore, I lived in Texas throughout the 70’s. In 1982, I moved from Texas to Chicago for graduate school, no longer willing to subject myself and my children to the racist culture of the South. I live in Evanston, home to Northwestern University, making it one of the most liberal and diverse suburbs of Chicago. I joyfully voted for President Obama and grieve the rapidly approaching end to his terms in office.

I also grieve the tsunami of hatred, racism, bigotry, xenophobia, religious-intolerance, prejudice, homophobia, and misogyny flooding our country right now. Inside, I am screaming.

While I could go on and on about all the reasons NOT to vote for Donald Trump, I am ONLY going to focus on why women NEED to vote for Hillary Clinton. Life is hard enough for women, always has been, without the risk of losing all the RIGHTS we and women before us have fought and sacrificed so hard to obtain. I have lived in Saudi Arabia—a fundamentalist, male-dominated Kingdom—where women have no rights whatsoever. It is not far-fetched to imagine the same happening here if Trump is elected. Believe me, you do NOT want this to happen.

Trump hates and disrespects women and all his misogynistic, sexist comments and messages encourage his followers to do the same. There has been enough consistent, video-recorded evidence that I don’t even have to argue that point. The video released October 7th of Trump bragging and making lewd comments about his ability as a celebrity to do whatever he wants to women took him to a whole new level of despicability. And many women are now courageously stepping forward to report incidents of sexual abuse and sexual harassment at the hands of Trump over the years.

Sexual harassment by men stems from a sense of entitlement to look at, remark upon, and/or touch a woman’s body without invitation. Comments. Catcalls. Whistles. “Compliments.” Groping. Touching a woman during casual conversation. Assuming a hug or kiss is acceptable without asking permission.

An assumption of entitlement and imbalance of power is implied, and is always the case in an employer/employee sexual harassment. The boss’s hand on the employee’s shoulder. The “innocent” office flirting. Leaning in too close. Suggestive remarks. Overt groping and sexual assaults.

I don’t know a single woman—acquaintance, friend, or one of the hundreds of patients I’ve seen in over thirty-four years in practice—who has not been a victim of some sort of sexism, sexual harassment, and/or sexual abuse on some level or another during her lifetime. Not a one.

I was sexually harassed at Southwestern Bell phone company in Dallas when I worked there as a service representative in the late seventies. The new district manager, Clint Smith, was tall, dark, handsome, and slick. The office was comprised mostly of women and Clint had a “Rooster in the hen-house” strut about him. The very first time he was introduced to the women in my group, he said, “Oh, I know Sheila.” I had NEVER met the man before that moment.

Over time, his fawning over me had people asking questions, gossiping. Those who knew me well knew I was dying from embarrassment and confusion at his unwanted attention. I was married. He was married. I wasn’t interested, but sexual harassment didn’t have a name or options for complaint at that time.

At the company Christmas party when Clint asked me for a slow dance I didn’t feel I could refuse. Then he held me too close, swaying back and forth. Feet barely moving. I can still feel his hot breath on my neck. Smell his overpowering Aramis cologne. Hear him crooning into my ear, “You’re such a good dancer,” as he hugged me closer and I felt his erection. I knew I didn’t dare break away and belt him like I wanted to, because I would be fired. I felt humiliated, violated, and powerless.

Even as a clinical psychology intern in the 90’s, my three fellow female interns and I experienced sexual harassment from one of the two lead male psychiatrists. We took to strategically holding our clipboards in front of us in elevators where he liked to move in close. We were powerless.

I’ve had my share of whistles, catcalls, and comments over the years. Moments where I felt myself flush with shame as I stared straight ahead and pretended like I didn’t hear. I remember an adult male, upon learning I’d just turned thirteen, suggestively ask if I’d ever been kissed. And, at seventeen, trying to escape out the door of an ice cream shop, my hands holding chocolate milkshakes, as the leering owner approached me waggling his erection. I cried all the way home.

There have been more instances. So many more. And what they did to me and what they do to other girls and women is lead to feelings of shame and powerlessness. Self-doubt and self-loathing. Feelings of vulnerability, fear, and questions of complicity—from ourselves, but mostly from others. Blaming the victim.

All this doesn’t happen in a vacuum. We live in a rape-culture and women are programmed to blame themselves for unwanted sexual attention from a young age. At the same time, girls and women are constantly bombarded with messages of how we should look and act and dress in order to attract the “prince.” This has led to generations of girls and women basing their self-worth on how they measure up to supermodels, Sports Illustrated models, Playboy models, Hollywood stars, and the popular girls who get the most male attention.

The results are anxiety and depression, eating disorders, pressure to “hook up” to (possibly) get the guy, pervasive feelings of self-loathing, and, sometimes, suicide.

Just this week, two days in a row, I had young women patients talk about hating their looks and their bodies. Both are adolescents, smart, talented, creative, and beautiful. I carefully questioned why they felt that way, knowing better than to try reassurance. Because reassurance won’t work. They have so internalized the societal voices telling them they are not enough that it will take months, maybe years, to change their thinking—if ever.

The only way to possibly slow this speeding train is to publicly and unanimously call a halt to sexism being okay. Our boys must be taught to respect girls and women from infancy. And girls and women need to learn to respect and value themselves for qualities other than their physical appearance.

As the ads say, “our children are watching this election.” Unfortunately, the children watching Trump supporters have probably already been watching gender inequality, misogyny, and sexist, abusive male behavior their whole lives. And, quite likely, they’ve witnessed nothing but female passivity out of fear and/or social and cultural demands. But, think how things might begin to change if these children see Trump and his sexist, hate-filled, ideals rejected by a nation that strives to be honorable and truly believes in equality among all—including women and men.

When you cast your vote in this election, think about all the little girls and young women who will see a nation accept the value and power of women if Hillary Clinton is elected President. They will see our very first woman president and know that qualities like intelligence, perseverance, and hard work matter so much more than outward appearance. They, like millions of boys before them, can imagine growing up to be president! This is what I wish for Ada, my first granddaughter born this summer, and for all the girls and women living in this country.

• A note to those who choose not to vote for Hillary because she is pro-choice. Please consider the word “choice.” With Trump we, as women, are at risk of losing the power to choose what happens to our bodies. There are so many people I love who are adopted—including my own oldest son. And I am forever grateful their biological mothers chose to carry them to term and put them up for adoption. And I realize some didn’t have the choice to abort, because it wasn’t legal then. But a mother’s maternal instincts are fierce and who knows what they would have chosen? I’m grateful never to have had to make one of the hardest decisions a woman ever faces—but I will fight to the death for all of us women to have a choice in determining what happens to our bodies—in all regards.

« Repost: Hope and Action » Of Freedom, Feminism, and “The Handmaid’s Tale”