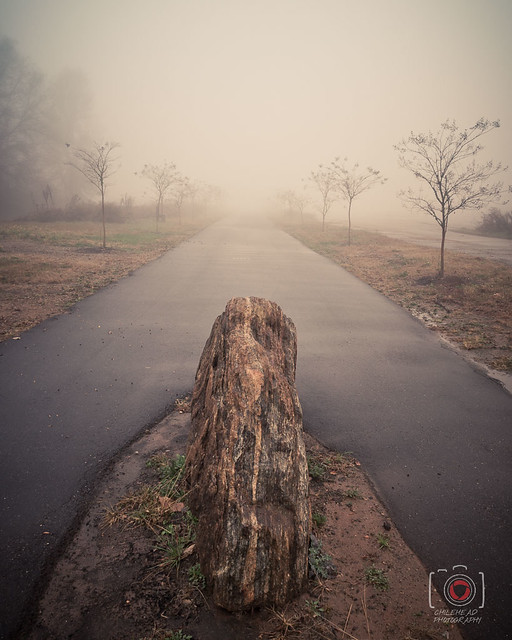 Time has been lost to me for a while. It has been over two months since my last blog post on December 8, 2014. It’s been a busy two months, and reading back through my journal, I catch glimpses of much that has transpired.

…a heavy work schedule, lunches, dinners, and movies with friends, dates with my husband, Zumba, working on Orchard Road and adapting East of Mecca back into a screenplay, signing up for an international women’s conference in Mexico the first weekend in March, buying, decorating, and taking down the Christmas Tree, holiday parties, a weekend visit from my oldest son, Christmas with my youngest and his wife, Winter Solstice, a quiet New Year’s Eve, New Year’s Day resolutions, snow angels, a vortex, and a blizzard, the deaths of an aunt, Joe Cocker and Rod McKuen, the closely watched pregnancy of a dear woman, wonderful reviews of East of Mecca…

Such is the value of a journal—to be able to look back and remember. Especially when time is a blur, not just because of the busyness of life, but also because of a pervasive fog of worry and uncertainty—a preoccupation with uncertainty. I have been in a fog.

After getting the “all clear” on my biopsy on December 8, I had exactly one week of relief, gratitude, celebration, and unadulterated joy. I was still a twelve-year survivor. I could breathe again. And then, a week later on Monday, December 15, I received a message from my internist, Dr. N. Upon further review of the biopsy results, the pathologists recommended I consult with an oncological surgeon. There was no urgency in the message. It felt more like a safeguard because of my high-risk status. In a way, I felt relieved. A year seemed a long time to wait-and-see.

Dr. Sener, my previous (much beloved) oncologist has moved to California, so I made an appointment with his replacement. Her name is Dr. Y, and she is accomplished and well-reviewed. Her next opening was for January 19.

In the meantime, I had my yearly physical with Dr. N. Everything was okay, for the most part. We talked about the upcoming appointment with Dr. Y. Dr. N’s feelings echoed mine—it was only precautionary. We talked about the bizarre original delay in biopsy results. Dr. N thought it might have been due to the time they took with the culture. In any case, neither of us was worried.

On January 19, I arrived for my appointment with Dr. Y. Her office is located in the Kellogg Cancer Center in Evanston. There is a separate parking lot for the center and a large waiting room and check-in desk just inside the entrance. The woman behind the desk looked at my identification and insurance card, typed all my information into her computer, and took my photograph for the records.

When you’re a patient at the Kellogg Cancer Center you’re required to wear a wristband. She printed one out, asked me to verify my name and birth date then initial it. She taped it on my wrist.

“Does this mean I can buy a drink?” I asked.

The woman behind the desk barely smiled. Clearly, there’s not much humor to be found in the Kellogg Cancer Center. She directed me to take the elevator to the second floor where Dr. Y’s office is located in a suite of offices. I was to get off the elevator and follow a long maze of hallways to get to the next waiting room.

Minutes into my appointment, I was blindsided with the news that I needed surgery. The diagnosis was “Intra-ductal papilloma-benign.” My history of breast cancer put me into the high-risk status—thus the recommendation for surgery. A major missing piece was the diagnosis, which had never been conveyed to me or to Dr. N. The surgery was scheduled for as soon as possible, both to prevent having to have another “pre-op” physical, and to get it over with.

Wednesday, January 28, I was at the hospital at 10 am. I first reported to the Breast Center where I had an ultrasound-guided wire placed at the exact surgery site. I will spare you the details. Suffice it to say that it was extremely uncomfortable. After that I was wheeled to ambulatory surgery.

There was a long wait, during which time I was hooked up to an IV and prepped and asked a million questions and signed multiple documents. I was asked if I had an advanced directive on file. That was unnerving.

And then, show time! Thanks to a gentle pre-sedative and “twilight” anesthesia, I have only vague recollections of being rolled into operating room and scooting onto the table. I remember the surgery as being loud—like there was a party going on. And then I was back in my recovery room being offered juice and graham crackers. I was home by late afternoon.

The rest of the day was spent in a Norco haze, as I was warned not to wait for the anesthesia to wear off before taking one. My major discomfort was the “binder” they put me in. I called it a “corset-bra” because it zipped up the front, also had hooks and eyes, and made breathing next to impossible. I had to wear it 24/7 until my post-op exam, which was scheduled for February 4.

On Monday, February 2, I got a call from Dr. Y’s office with the biopsy results. Not great. Once again, like twelve years ago, they found DCIS—ductal carcinoma in situ. I was told they got it all, and the clean margins were good. I survived twelve years without recurrence of cancer—but the count begins again.

That week, I indulged in extreme self-care. Tuesday, I had a manicure and pedicure. Wednesday, I got an amazing new haircut from Kelly, my stylist and friend. And Thursday, I had a facial. When feeling powerless, control whatever you can!

On Thursday I also met with Dr. Y’s main nurse Kathy, to have the bandage removed, and then I met with Dr. M, the same radiologist I had twelve years ago. This time I was blind-sided by the assumption that I would be scheduled for radiation therapy. Turns out the margins were not “clean” enough. They like at least 1mm, and on one side, there was less than 1mm. They could not be sure that all the DCIS was removed.

We discussed my history, on which Dr. M was well-versed. It included my abbreviated radiation therapy, 18 sessions instead of 32, for which I would again qualify. And there was the fact that I had made the decision to discontinue taking Tamoxifen. Dr. M reassured me (twice!) that my stopping Tamoxifen had nothing to do with a recurrence of cancer. That it wouldn’t have mattered. (Comforting news for me, but alarming to think of all those women who might be unnecessarily at risk for uterine cancer—one of Tamoxifen’s major side-effects!)

I am proud of how calm I remained during that meeting. I questioned the biopsy findings and all the possible ways I could choose to go. Dr. M gave me one option: Start radiation. Through deductive reasoning, I alone came up with Option 2: Have another surgery to excise more tissue to see if all the DCIS has been removed. There was no third, “do nothing,” option.

Radiation was a terrible thing. It was exhausting and all-consuming. It (temporarily) impaired my sense of taste and smell. I prayed I made the right decision—that the margins would be clean and I will not have to have radiation. I prayed that I’m now counting down at least another twelve years of survivorship.

My second surgery was Thursday, February 12 at 7:30 am. There was no need for another pre-op or placing another wire, and the surgery took less than an hour. Afterwards, Dr. Y checked in and said she felt it went well. Still, we would have to wait for the pathology report. I was suspended, once again.

That afternoon, despite having a second surgery and wearing another corset-bra, I felt good. I felt “light.” Intuitively, I knew I was going to be okay. I knew I would not be having radiation.

Monday, February 16, at 4:30 pm, Dr. Y’s office called with the final results. There was no cancer found. No need for radiation or further treatment. I was to have the bandage removed and meet with Dr. Y one last time on Thursday, February 19—exactly two months and sixteen days from when everything started with my yearly “routine” mammogram. (Women, get your mammograms!!!)

Now, I am grateful to be able to breathe again! When in physical and/or emotional pain, I throw my energy into my work, and spend the rest of my time being reclusive and private. Those who know me well understand and are patient and kind. I told only a few people, and have received much love, care, and prayers from that “inner circle” of family and friends—for which I am also grateful.

Now, I get to go to Isla Mujeres, Mexico the first weekend in March to attend the women’s conference and celebrate International Day of the Woman. The conference is called, “We Move Forward.” The theme and timing couldn’t be more perfect.

My story continues in “Moving Forward.”

« Moving Forward » At This Moment